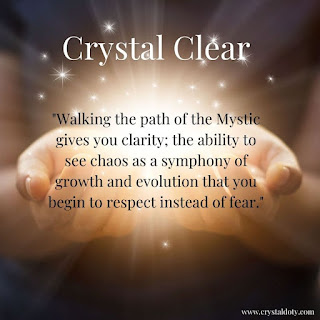 When I walk outside of my home today, it will be 100 degrees outside. I will dress accordingly and I will go about my day with this influence in mind. With it being the end of September, I am certain there are many people in the world who will walk outside and see something completely different. Perhaps it is changing leaves, rain, a chill in the air. Or it could be spring and new growth all around. Some people won’t notice the weather, some might not even leave their house. Some people will see crime and feel unsafe outside, others will walk out naked, arms raised to the sky. Some people are faced with not even having a home. It is safe to say that 7.8 billion people will walk out of their homes today and see something unique to their circumstance, location, obligations, and mental attitude. This is something we can all agree upon; We can all grasp the concept that we are all seeing something different from one another today, and we are all having to take action according to what we see. These are all perceptive truths. Facts that are based on what is actually happening in your human experience. These facts may contradict each other due to where you are in the world, right? Here’s where it gets messy.

If I were to tell you that my experience of walking outside in 100 degree weather was the ultimate truth for the world because it is what I am experiencing, you and I would begin to argue. Because unless you are living right next door to me, that is not your experience, it is not your truth. If you live anywhere north of me, cooler temperatures outside your front door is a fact. If you also believed your experience was the ultimate truth, you might think I was crazy for wearing shorts and flip flops. You might begin to advise me to prepare for snow soon. You simply would not understand why I am sweating so much and want air conditioning. And I would not quite understand you why you would want to wear a jacket and turn your heater on. There would be a huge discrepancy between us because neither of us would take in account what the other is seeing when they walk outside. The thing is, we would both be right. It really is 100 degrees outside where I live. It really is different outside where you live. The argument would go nowhere- so is it possible there are many more realities than we are aware of? Yes. And these realities are perceptive truths.

Here’s another example. If someone walked out of their house this morning and their neighborhood felt safe, and they forgot to lock their car door but everything was fine- no one stole anything, they would drive off feeling pretty good about the world. They may not know that someone else would be walking out of their house feeling frightened. Because where they live people do break into cars, houses, rob and murder. If the two of them insisted that the things they saw outside of their front doors was the ultimate reality, they would begin to argue actual facts against each other and… they would both be right. Neither of them will know what is best for the other. Because they are not actually in the other person's neighborhood, it would be very difficult for them to grasp what it is they should do about each others situation.

These are very small examples of millions of different realities and millions of perceptive truths going on within our world. When I hear people argue about fundamental issues, this is what I see: I see someone yelling outside of their front door about what they are seeing, and they are absolutely correct. Things are that way for them. I am able to see that they are experiencing a different day than I am. If we can understand and accept this as easily as we can understand different seasons and weather patterns, we would be able to listen clearly to what they are yelling about without the need to correct them or convince them otherwise. We would be able to sit back and ask ourselves, “Why do they think this way? What do they see every day that gives them that perception? What are they experiencing right now that would lead them to make these statements?” Friends, this is called compassion.

As this election draws nearer, we are all well aware that there are intentions to divide us. It is imperative that we practice the art of listening to one another. People who seem to come from another planet due to their strong opinions and arguments are actually still sharing this world with you. They have been given information that they believe to be right and it is based on what they see outside of their front door. It will be completely different from your opinions because you may live with a different perspective of truth, based on different concerns outside of your front door. This is going to be a very unpopular statement but having different perceptions from other people- even if theirs seem harmful- is actually part of this experience here on planet earth. Your peace and evolution is not going to be in arguing with them. It will be in the conscious decisions you make based on your compassion.  Afterall, you’d never be able to convince me that it will be cold tomorrow. I’m right. And so are you. I know it’s weird to think that someone with a seemingly “crazy” opinion is actually “right.” But if you were raised in their “neighborhood” you’d be seeing things very similar to them.

How to live in a world with millions of perceptive truths.

By ceasing your argument, you allow everyone (including you)  to grow and see beyond their perceptive truths. When people feel attacked or backed into a corner, they will defend themselves in a manner that is very savage. That is because we are hardwired to survive and any form of attack will trigger survival mode. No one grows when they are feeling attacked and in survival mode. No one is capable of feeling compassion, or seeing beyond their own perceptive truths while in survival mode. And because of so many fear based perceptive truths coming from the media, more people are functioning in fear and survival mode than usual. Also, arguing breeds more attack. It actually solidifies their position even further. Think about a belief you’ve had that perhaps you would have been open to seeing other points of view around it, but when someone attacked you and you had to actually stick up for it and defend it, you began to merge with it and become pigeon holed about it. Pride set in because you didn’t want to be wrong about something you just had to defend because you were attacked. The same thing is happening to the people you are arguing with. Again, they are right and so are you according to our perceptive truths. But if you ever want them to see your point of view, you’re going to have to quit pushing them further into their corner by insisting they are wrong.

If you’ve made it this far in my blog, you might be wondering, “Well, if there are all these truths that contradict each other, where do I find a greater truth?” Great question. And this is where I welcome you into the Mystic. At some point you’re going to recognize all of these perceptive truths that are actual facts that contradict each other and you will realize that it is because of human perception. You might begin to question your own perceptions and desire to evolve beyond them more and more. When you begin to see the difference between “perceptive truths” and an “ultimate truth,” you will stop arguing. Your ability and willingness to stop arguing is actually a sign you are embarking onto a mystical path. And that will be the beginning of a  journey inward to find ultimate truth.

Ultimate truth will set you free and beyond things like differences in weather, experience, facts and opinions. Instead you will begin to see that we are more alike than you ever realized. People become brothers and sisters to you- you see the commonality between us. Our world becomes a home. Your understanding of this home will broaden, your awareness of Divine timing and order will increase. You understand a greater plan and trust the process of life.

Walking the path of the Mystic gives you clarity; the ability to see chaos as a symphony of growth and evolution that you begin to respect instead of fear.

This is the only way to describe to you what I see outside of my front door. From where I currently am, you are right. I see why you think the way you think. I understand why you choose the things you choose. I can grasp why you believe the things you do. And if you ever feel a call to journey further and find an ultimate truth that will set you free from all of the above, I am here to help you go further within to find it.

Posted by Crystal Doty at 1:36 PM
Email ThisBlogThis!Share to TwitterShare to FacebookShare to Pinterest